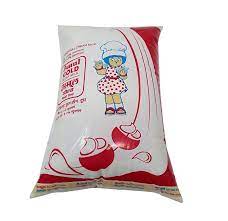 New Delhi, 30/6 (AO Bureau):While the common man is troubled by the rising prices of petrol-diesel, edible oils, on one hand, now the common man has got another setback from the milk company. Amul has increased the price of milk (Milk Price hike). The price of Amul Milk has increased by Rs 2 per liter. This increased milk prices will be implemented from tomorrow i.e. July 1, 2021.

Know what will be the prices?
According to the information received by News18, the new prices of Amul milk will be applicable in many states including the country’s capital Delhi, Gujarat and Punjab. The company has increased all its brands by Rs 2 per liter. All Amul’s milk products Amul Gold, Amul Shakti, Amul Taza, Amul T-Special, Amul Slim and Trium will get an increase of Rs 2 per litre. With this, now Amul Gold will be available at Rs 58 per liter.

Know what the company said?

RS Sodhi, managing director of GCMMF, which markets milk and dairy products under the Amul brand name, said the price hike is being done after almost a year and seven months, which was necessitated due to increase in cost of production. . “The price of Amul milk will be increased by Rs 2 per liter across India from tomorrow. The new prices will be applicable on all Amul milk brands like Sona, Taza, Shakti, T-Special, as well as cow and buffalo milk.