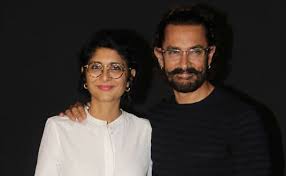 Mumbai, 3/7 (AO Bureau):Bollywood’s Mr. Perfectionist Aamir Khan’s second marriage with Kiran Rao has also broken down. After 15 years of marriage, both got separated after getting divorced. Aamir and Kiran have given this information to the fans by issuing a joint statement. He told that both of them will now live their life separately instead of husband and wife. Fans are shocked after the news of the breakup of their 20-year friendship and 15-year marriage bond came.

In their joint statement, Aamir Khan and Kiran Rao said, in these 15 beautiful years together we have shared the experiences, joy and laughter of a lifetime and our relationship has only grown in trust, respect and love. . Now we would like to start a new chapter in our life. No longer as husband and wife, but as co-parents and family to each other.

The statement further read, ‘We started a planned separation some time back and are now feeling comfortable in formalizing this arrangement. Despite living apart, they will share their lives as one extended family. We are dedicated parents to our son Azad, whom we will raise together. We will also continue to collaborate on films, Paani Foundation and other projects that we feel passionate about.

“Many thanks to our families and friends for their continued support and understanding of this development in our relationship without whom we would not have been so secure in taking this step,” said the statement released after the divorce. We seek best wishes and blessings from our well wishers and hope that like us you will not see this divorce as the end but as the beginning of a new journey. Thanks and love, Kiran and Aamir.’

In an interview, Aamir told that his first meeting with Kiran was on the sets of the film ‘Lagaan’ when she was an assistant director. Let us tell you that Aamir Khan’s first marriage was with Reena Dutta. Their relationship lasted for about 16 years. Both got divorced in the year 2002. After this, he married Kiran Rao in 2005.