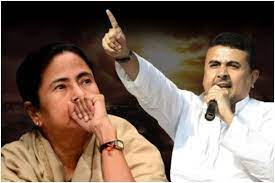 Kolkatta, 3/7 (AO Bureau);The Calcutta High Court on Friday directed the West Bengal government to restore the security of Bharatiya Janata Party (BJP) MLA Shubhendu Adhikari. The Trinamool Congress (TMC) government had withdrawn the officer’s security on May 18, after which the BJP leader moved the High Court. The court has said that it is the responsibility of the state government to ensure that there is no danger to the officer.

As reported by India Today, a single bench of Justice Shivkant Prasad has ruled that it is the responsibility of the state to ensure that Shubhendu Adhikari is not at risk. Otherwise the government will be considered guilty. However, the court also talked about the security received from the Center during this period. The court said that the officer has already got adequate security from the Centre.

In the hearing of the case held earlier, the court had directed the Director of Security of West Bengal Administration to show cause. The court had said that a report should be filed in this regard as to why the security given to Shubhendu Adhikari has been removed. At the same time, the Bengal government had said that the officer is being protected as per the guidelines of the ‘book’.

Pushkar Singh Dhami to be the next CM of Uttarakhand.